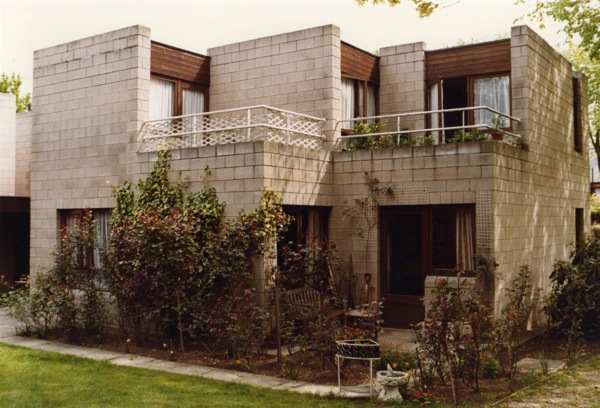 While Kate Macintosh's massive Dawson's Heights was still under construction, she designed another modernist housing project a few miles down the road in Streatham.  It was a group of 2 storey buildings that provided sheltered housing for older people, built by the London Borough of Lambeth.

And though the flats had a far more intimate scale than the monumental Dawson's Heights, they share many of the same design preoccupations.

Here Kate explains the project: "Certain themes are carried forward from Dawsons Heights to this much smaller scheme. The concern that the individual dwelling is not completely subsumed into the whole, while still maintaining a sense of unity. The expression externally of the vertical circulation, providing a punctuation mark in each cluster block. Though all the dwellings are one bedroom, a proportion are for couples, requiring larger bedrooms and sitting rooms. This allows the stepping back to occur, which produces the strong modelling." 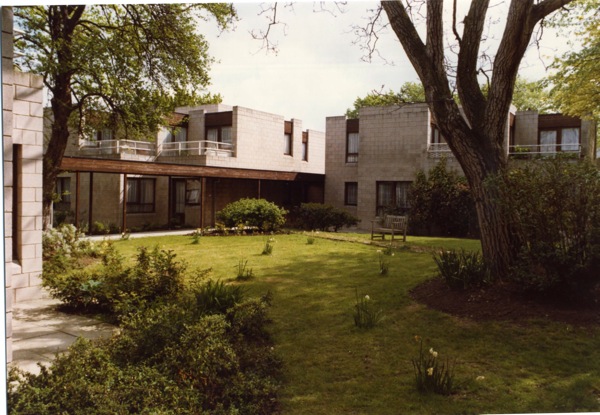 "There are 5 near-identical blocks, linked by a covered way, each with 8 flats, 4 at ground + 4 at 1st floor level. There are a further 4 at 1st floor level, over a corner shop (on the road frontage). This was in the hope of helping to over-come the isolation which comes for many in old age, as was the housing manager’s policy of making application to live on in this scheme open to people not yet retired. There is a caretaker’s flat over a common room + kitchen. This is also on the road frontage. This gives a total of 45 dwellings." 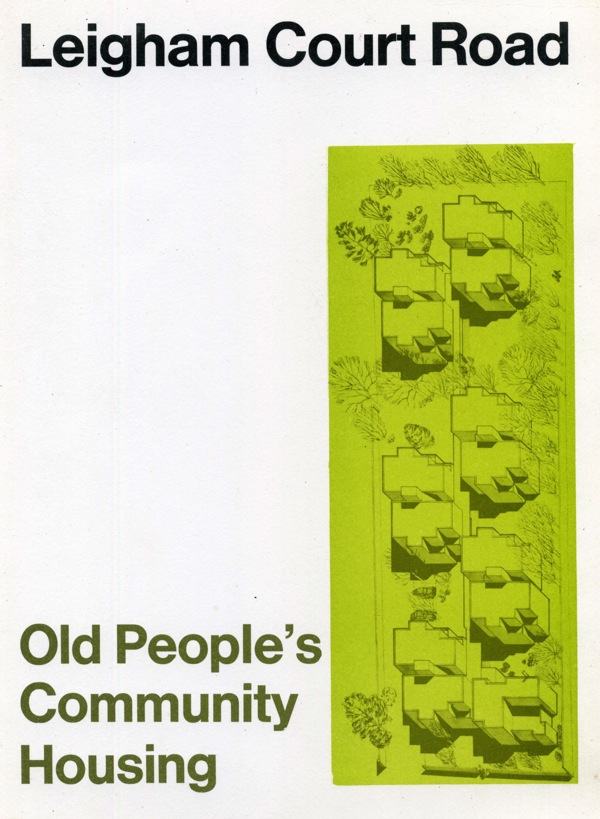 "It is a deep narrow back-land site, where a large Edwardian villa stood, but it does have views to the South over a playing field where the local school girls can be seen playing hockey. All the dwellings have an out-door semi or entirely private space, South-facing, which as you can see from the pics, is well used. There were several mature trees, in particular a magnificent walnut, which the scheme was designed around."

"The reason it is in concrete block-work is that an edict came from central government, post-metrication (another attempt to stream-line the messy process of building) that all housing authorities must build a “modular-coordinated” housing scheme. Leigham Court Rd was Lambeth’s pilot scheme. The module was a 300mm X 300mm. This proved a challenge, as even the metric brick has the nominal dimension of 225mm. The only masonry element available which fitted the module was concrete blocks from Forticrete."

Details of the scheme were published in Architectural Design 1974. It received a Department of the Environment Housing Commendation.