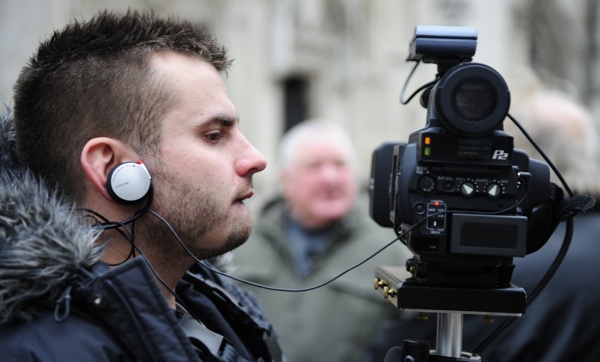 I've always been drawn to the excitement of its post-war landscape; concrete and brick textures, unadorned clean lines, neon glow and dark shadows.

And most Londoners my age that I know feel the same - the modernist city is our landscape.

Yet all our lives we have been told that the same urban spaces are ugly – symbols of a failed, arrogant technocracy. While we're comfortable celebrating 60s pop culture, many people still hate the buildings of that time.

Worryingly, while I had once thought that popular taste would catch up with the urban building of the 50s, 60s and 70s, it's now under attack. Major symbols of that time are being destroyed - often with gruesome delight on the part of the wreckers. We urgently need to defend what is left before it is all gone.

So this film is an attempt to understand both why I am so drawn to these cityscapes and also why some hate them so much.

My early research took me back to the destruction of the Second World War and the plans drawn up then to rebuild the city. I began to contact the people who tried to change the city, and my narrative thread continued to shift around as the filming went on. And what I found was that the power of the buildings came from the vision they were meant to serve - and that it's this vision that so polarises opinion. They symbolise an attempt to build a fair, open society, and their existence frightens people who have rejected these values.

But to me we need to appreciate and save these reminders of a more idealistic age.