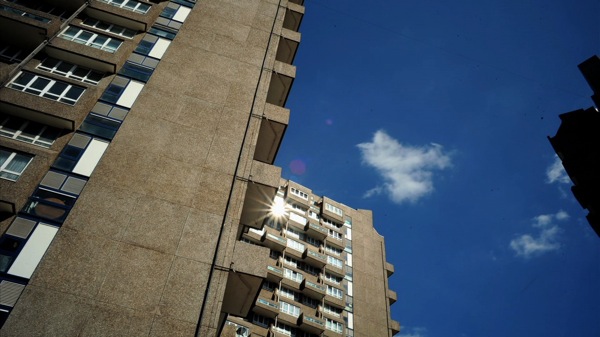 In the mid-60s, George designed these towers for the London Borough of Lambeth. Finished in 1968, they provided hundreds of modern homes to help eliminate the borough's slum housing. 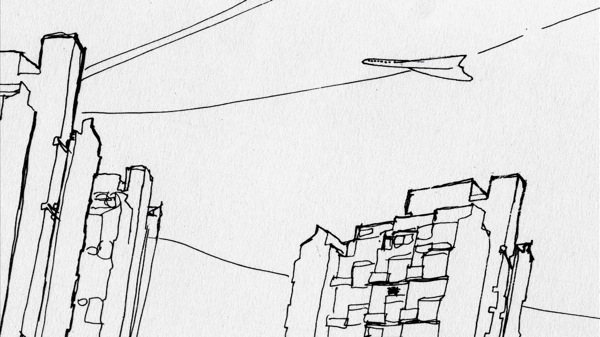 George sketched in a technological utopia. These blocks provided modern homes with great views for the citizens of the Borough - rich and poor alike. In this vision of the future, Concorde symbolised a world taking off to a better future for all.

In this video ciip George explains his approach to positioning tall towers in the cityscape. (Apologies for the poor sound quality).

Though industrialised building required him to use a standard set of components, George was determined to design buildings that were uniquely related to their sites. Here he explains how:

"As well as putting penthouse flats with roof patios to give a “finish” to the tops of the towers I thought it was also important to adjust the base so that it related to its individual site.

Industrialised building required the upper levels of the towers to be identical as they were built from bulk-produced concrete panels. But the lower floors were tailor-made to suit each site, using concrete poured into timber shuttering. As a result I was able to include social facilities extending beyond the block as well as additional dwellings." 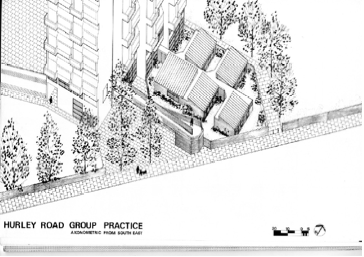 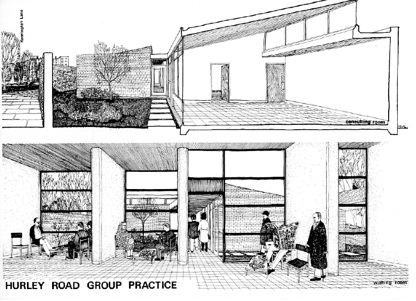 On Binfield Road we built a community centre and self service laundry. 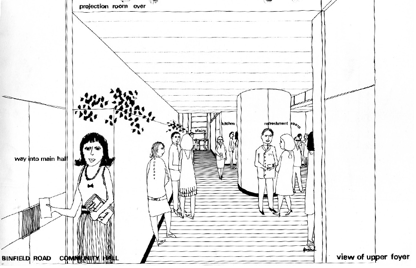 On Clapham Road, two storey terraced houses with gardens and elderly persons bed sits with maisonettes over, either side of a planted space (see section) with a building for the rehabilitation of handicapped people closing off the fourth side. 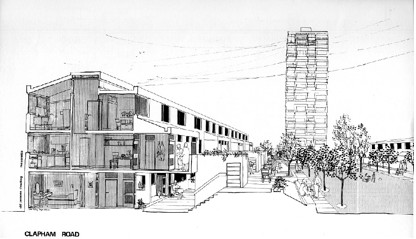 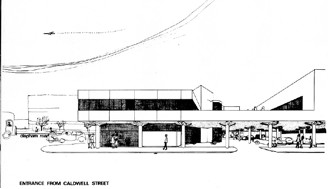 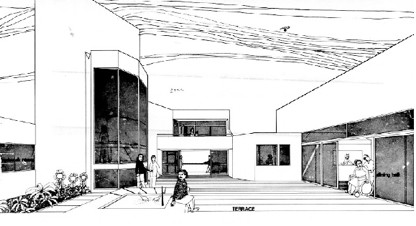 "In this way rather than just an exercise in building prefabricated dwellings we were able to expand the potential to include not only other dwelling types to suit different living styles (and remember these were all council dwellings at subsidised rents) but also various facilities that enriched the overall sense of community."