Vimeo Stream Version of the film.

Vimeo Stream Version of the film. 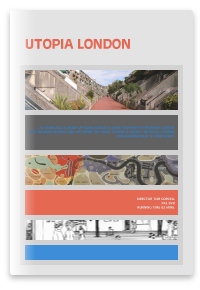 Home DVD Version of the film.

Institutional DVD Version of the film. This comes with a limited public performance licence that allows classroom use and other non-commercial showings.
It includes a second interactive DVD that allows you to search over 7 hours of additional material. Click here for a short video that demonstrates how this works.

Utopia London is director Tom Cordell’s journey in film through the city he grew up in, meeting the architects who designed it, and reuniting them with the buildings they created. Explore this map to see how their work traces the recent history of the city.

You can also find out more about the director and the techniques used to bring it to the screen. 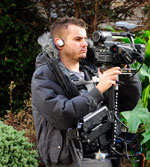 Tom ‘s film career started as a teenager in the late 1990s, making films documenting London’s underground Drum and Bass music scene. This led to a job at the BBC, where he worked on music programming including Top of the Pops.

He later went freelance, scripting and directing music videos and commercials. After a break to live abroad, Tom decided to move in to television documentaries, which led to work on science and crime films. Here he spent months up close to drug traffickers, Irish loyalist terrorists and armed robbers.

He set up Punchcard Pictures to pursue his own vision of how big films could be made in a small and ethical way. Utopia London is his first feature length film. Tom is committed to creating films that look at the world in new ways, with a strong narrative, beautiful imagery and rich textural mix. He lives in one of the buildings featured in this film. 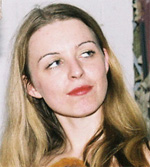 Niamh has worked various in publishing, event production and film production roles. As she mainly enjoys making things happen about things she believe in under the most unlikely of circumstances, film production is her first passion in life. After all, who could ever get bored of early mornings, the controlled chaos of a set or the obsessive stoicism needed to shoot documentaries?

A degree in Art History combined with her long literary agency background, part time performance work and storytelling has given her a passion for all forms of narrative and visual presentation; a collection of talents ideally suited to film-making. Niamh’s commitment has uniquely shaped the finished film. 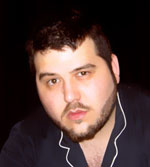 Alexander braved long, cold nights of filming around London to bring us spectacular timelapse images of the city’s architecture. A Londoner by birth, photography is a passion that has taken Alexander around the world. 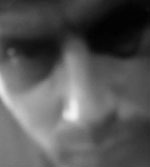 Talented, original as well as being all round pleasant company, Martin’s music creates the perfect sound space to evoke the feeling of the Modernist city. This is unsurprising in light of his huge experience creating music for film, television, dance and art shows. He is half of Quadratura, who create immersive digital artworks and events. 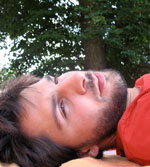 Marko spent the first 10 years of his life living in the entirely Modernist setting of New Belgrade in what was then Yugoslavia. He moved to London where he went to Pimlico School, before studying Fine Art at Chelsea College of Art & Design, London. As well as being Utopia London’s colourist, Marko worked with Tom to develop the film’s digital timelapse photography techniques. Marko was drawn to the project as it overlaid his personal experience of living and studying in Modernist spaces, with his interests in Art, politics and history. 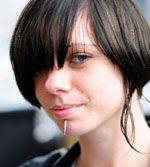 Sal has had a lifelong love of Berthold Lubetkin’s architecture. When she was a small child, her parents almost moved into a flat in Highpoint; she’s never quite forgiven them for not doing it. Her other driving passion is music, so when she’s not fixing up this website she can normally be found surrounded by musicians somewhere in Camden Town. 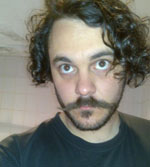 Born in Malaysia and educated in Australia, Mike moved to London in his early 20s to pursue parallel careers as both a graphic designer and fine artist. 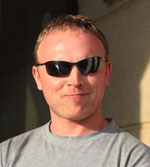 Born in Soviet-era Estonia, Madis achieved fame in his teens in Estonia's first boy band sensation. By 21 he had moved to London, where he now runs Edithouse, providing duplication and post production services to independent film-makers.